Get fresh music recommendations delivered to your inbox every Friday.
We've updated our Terms of Use. You can review the changes here.

The Winter That Was 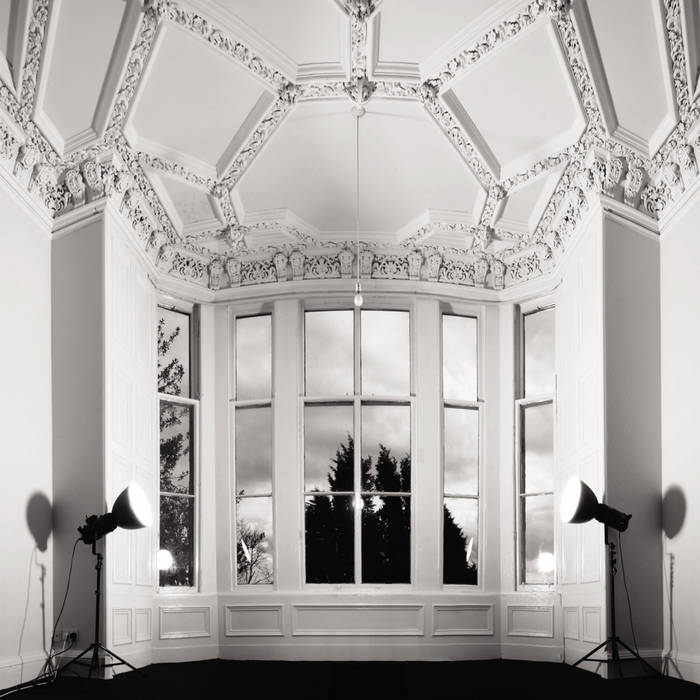 “From an early stage we made a conscious decision that this, our third record, was going to be a different experience from the last two. For a start, we would make it much closer to home than previously, but not necessarily restrict ourselves to the same room/studio. Secondly, we’d produce ourselves with our friend Robin Sutherland engineering. Having been fortunate enough to work with experienced, creative producers in the past it felt like the right time for us to be making an album on our own and bar the occasional power cut and a butterfly infestation, the process as a whole was pretty painless” Andrew Mitchell.

Like a temporal vortex or dimensional doorway the ominous pitch-bending groan of opener ‘Cascade River Gardens’ pulls us, the listeners into Dr. Who’s famous TARDIS. Spinning us round before dropping us firmly in familiar Hazey Janes terrain, albeit with the band harnessing a new found vitality in their sound.

The beefed up brash power pop of ‘Carmelite’ states the intentions of The Winter That Was with fervour, Liam Brennan’s unyielding rhythm augmented by Matthew Marra’s punchy, melodic bass-lines. A heady foundation on which to build, and Alice Marra’s vintage synthesizers coupled with Andrew Mitchell’s chunky guitars thrill the listener with every layer they add. Deeply enchanting and surprisingly brisk, ‘Girl In The Night’, succinctly distils the band’s striking three-part harmonies with a healthy dollop of 80’s drive-time rock, stirring and infectious.

On consideration, Scotland has had a long-standing affinity with Stateside music and The Hazey Janes specialise in the West Coast variety not least on ‘Aspen’ - loosely based on a tale about the exploits of Hunter S Thomson - and the startling ‘You Only Stand To Lose If I Stay’ which sees Andrew delivering the most soaring of vocals.

Punching the epic button like never before, ‘Wake To Guide Love’ and ‘Southern Lawns’ find the band enriching their modus operandi with playful production and instrumentation, incorporating harps and pianos, and even bashing a mandolin with a rubber mallet - nothing like letting out some of that pent-up Dundonian aggression, even if it is on a poor, defenceless mandolin! There was further amusement whilst recording too as Matthew explains;

“The generous people at Vintage Strings of Dundee allowed us to sneak into their shop one evening to simultaneously record a few pianos for Southern Lawns. Unfortunately, a passing police car assumed we were ransacking the place. Once we explained the nature of a piano’s weight, however, they left us to it. If only we had left the tape rolling.”

The warm tones of Christopher Marra’s pedal steel guitar lends itself to the album’s most folksy country-lament, ‘The Darkness Ends’, when they are as delicate and wistful as this, the band are impossible to resist and with ‘Paperhearts’ they deliver their most affecting slice of dreamy melancholy to date with the skilled partnerships of Jenny Sutherland and Sophie Gowans on violin, viola and cello, whilst Jason and Tony Sellars on saxophone and trumpet broaden the sonic landscape with further finesse.

So more than capable of drawing out a moody atmosphere, the band turn on the Krautrock-vibes for album finale, ‘Everything Starts Again’, embracing the drone whole-heartedly with additional vocals courtesy of El Cor Duende performing their finest monastery impersonation. Swooping and soaring with all the trademark Hazey Jane harmonies, throw in some ripping guitars and fizzed up synthesizer and you’ll want to step right back into that TARDIS and re-live the entire record again.

Indeed it’s a timeless sound that The Hazey Janes are flaunting and so no matter how long it has taken to get here The Winter That Was shows a band that have grown immeasurably in stature during their somewhat enforced hiatus from the public eye. Pumped full of pop vitamins like Big Star on steroids, the Hazey Janes are ready to take on the world again.